The chinese government is taking drastic measures trying to prevent a pandemic, 18 million people are being quarantined in wuhan.

The virus has already spread outside wuhan so it's just futile trying to stop the virus at this point.


Unfortunately its mostly old and weak males that are at danger.

This is one of the reason why you should minimize your IRL socialization, interacting with other people call result in your death.

You may want to stockpile food in the case it becomes really bad, living outside cities is far safer.

I dont agree with him that a pandemic would be a bad thing.
A

Millions of people will die

100 deaths a day from the coronavirus

Late Sunday, China said there had been 97 new deaths, a daily record since the epidemic began, bringing the total number of deaths in China to 909, with 40,235 confirmed cases. There have been more than 300 other confirmed cases worldwide and one additional confirmed death outside of China.
Click to expand...

Its unclear if china is honest about the death toll.

The spread of the virus is slowing down according to stats

Donald Trump may lose the election due to how badly he handles this, their privatized healthcare system is not suited for dealing with these things since it's a public good that people get tested.


Incompetent governments will fail to take strong action in time and only start acting when it's already too late.
L

Denmark and some other places that are totally shutting down are basically assuming most of the operating expenses for their businesses in a very commie way, they might as well just nationalize the core industries during the shutdown in the 'saving lives from Corona' route.

Now over 400000 humans have been infected

From the number of confirmed cases we get a death-rate of 4.47%

The true death rate can be higher due to deaths lagging behind infections or lower due to people being infected without we knowing about it. Even if you do manage to survive it after getting infected you might still never fully recover.

You need to be vigilant, stockpile food and be prepared to stay home for months. Covid19 is far more infectious than an ordinary flu, it's not just that more people die from it, it also spread a lot faster often exploding quickly in various countries due to incompetent governments.

Admin said:
Conservatives think we should die a glorious death secure the existance of dow jones and a future for McDonald's

Click to expand...
Gotta give him props for that mouse drawing at 11m

except there is no evidence for that, it is spreading less than other respiratory illnesses
Click to expand...
Covid-19 has twice the R0 number despite countries all over the world implementing drastic social distancing measures.

but I think this is all overblown
Click to expand...
Why then is it already overwheling hospital systems in many countries?

Worst case scenario some boomers die of natural causes
Click to expand...
It is likely to give you permanent lung scaring.

leftyincel2 said:
also death rate is 0.9% not 3-4%, and likely lower due to unreported cases
Click to expand...
What you are ignoring is the fact that the the cases of infected are growing exponentially combined with the fact that it takes some time for you to die (about 20 days) after you got infected, thus the true deathrate can be even higher than reported even accounting for unreported cases.

The Wang et al. February 7 study published on JAMA found that the median time from first symptom to dyspnea was 5.0 days, to hospital admission was 7.0 days, and to ARDS was 8.0 days.[9]

It will be even worse when/if the hospital system collapses.
L

why did you delete my post and then respond to it?

If the virus had a meaningfully spread (ie more than the seasonal flu), we would have seen more cruise people get sick, as well as more flight attendants get sick
Last edited: Mar 27, 2020
L

CFR isn’t settled until randomized serology tests can be conducted. Germany’s is .3 so far.

leftyincel2 said:
why did you delete my post and then respond to it?
Click to expand...
Because what you wrote can still be (mostly) seen in my quotes, thus no need to keep the posts i replied to.

leftyincel2 said:
The one situation where an entire, closed population was tested was the Diamond Princess cruise ship and its quarantine passengers. The case fatality rate there was 1.0%
Click to expand...
of the 712 on diamond princess:

leftyincel2 said:
but this was a largely elderly population, in which the death rate from Covid-19 is much higher. And the transmission rate was similar to the flu.
Click to expand...
the average age was 62

Admin said:
Because what you wrote can still be (mostly) seen in my quotes, thus no need to keep the posts i replied to.

forbes.com/sites/victoriaforster/2020/03/22/what-have-scientists-learned-from-using-cruise-ship-data-to-learn-about-covid-19/#5c8ea75a406d
Click to expand...
median age was 47, 9 points higher than the USA, considering the huge 10 years in age makes, that rate is likely under 1% age adjusted to the USA.

as far as Italy,
only 12% of Italian "Covid-19 deaths" in Italy have shown direct evidence of death by coronavirus, they are just labeling everyone dying with coronavirus as dying *from* it, and 99% of cases had other serious illnesses involved.

the news will find something else to obsess about soon. wasn't long ago they were saying we were all going to die of a nuclear war
Last edited: Mar 28, 2020

leftyincel2 said:
the news will find something else to obsess about soon. wasn't long ago they were saying we were all going to die of a nuclear war
Click to expand...
I think it's to give people an excuse to not give a shit about anything. It's always good to hedge your bet, though:

Robert Fulghum said:
Lawyer friend made his annual summer visit last week, up from California. Traveling with two eighteen-year-old girls and a small boa constrictor. In an anemic VW van with PEACE, LOVE, LIGHT written on the side. The inside of the bus was decorated like the set for Alice in Wonderland. He’s forty-seven. Wife, four kids, house in Berkley Hills, job in the city with a big firm...the whole catastrophe.

I keep up with him because he’s always a little ahead of the times. He’s taken all the trips – and I do mean ALL the trips. A walking sociological experiment of the sixties ad seventies in American culture. Civil rights, Vietnam, Hip, TA, TM, vegetarian, Zen, massage, LSD, palmistry, ten brands of yoga, macramé, psychoanalysis, backpacking, hot tubs, nudism, crystals, more religious movements than you can name, and vitamins. He’s got all the equipment – blenders and pipes and grinders and bikes and jogging outfits and oils and unguents and grow lights – the works.

This year he’s into simple ignorance. “It’s all crap,” says he. “All lies. Your senses lie to you, the president lies to you, the more you search the less you find, the more you try the worse it gets. Ignorance is bliss. Just BE, man. Don’t think or do – just BE. The WORLD is coming to an END!”

The day before he left, he jumped off a lakeside dock with his clothes on to help a kid who appeared to be in danger of drowning in the deep water. And he confessed to being in town for the National Lawyers Guild convention, since he’s a member of its social justice committee.

Pieces of sanity are found washed ashore on all kinds of beaches these days. And skepticism and realism are not the same as cynicism and pessimism. I mention it because it seems like a good bumper sticker for the eighties: “I may be wrong.”
Click to expand...
TM I think is transcendental meditation; not sure what TA is. 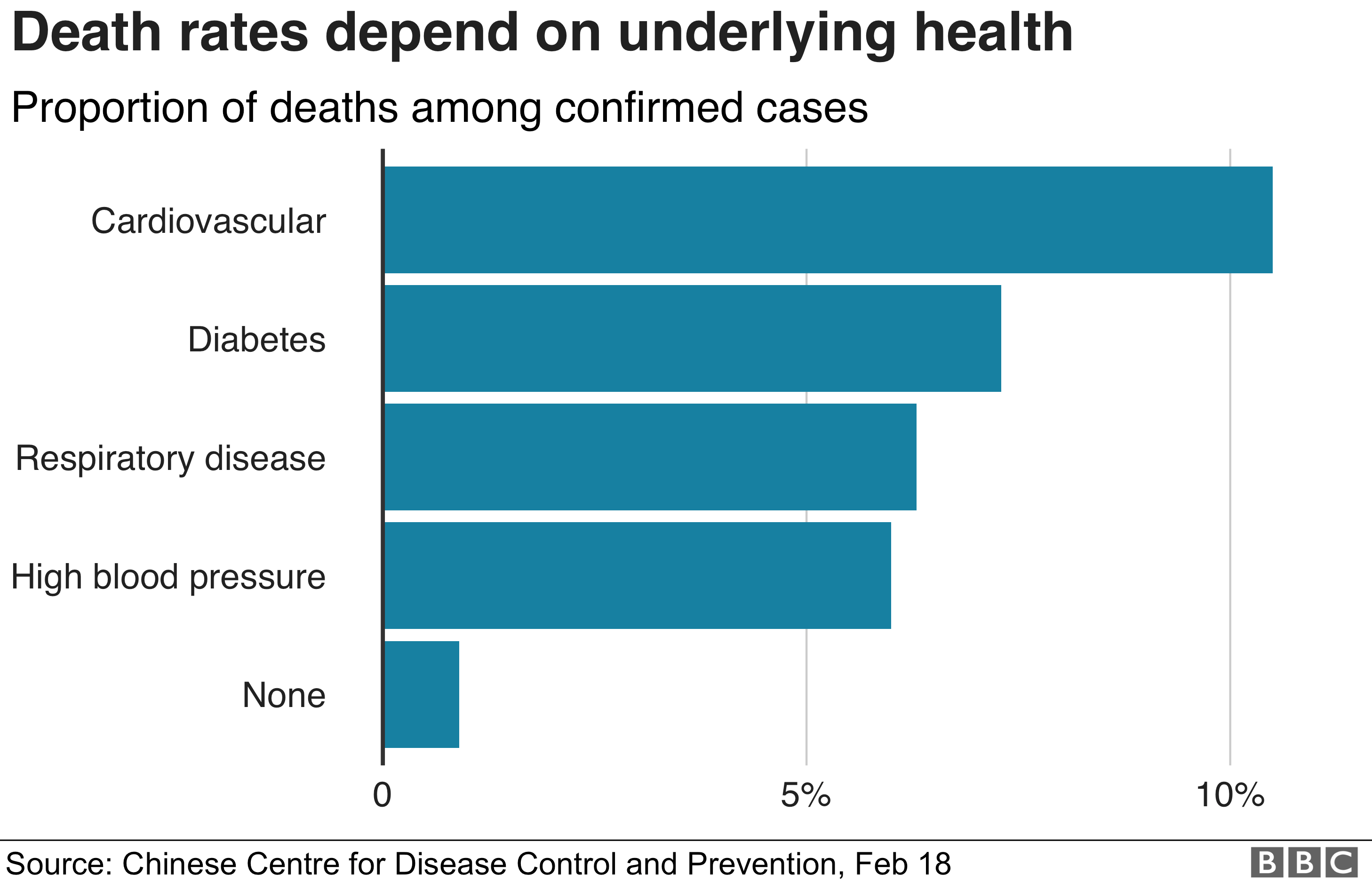 Data from Italy
Most of the confirmed deaths were from people who had a pre-existing contition.

It's not clear if the number of deaseses also includes people with non of the listed illnesses, whats the numbers for the general population?
Last edited: Mar 28, 2020


China has an advantage due to having totalitarian elite rule, they quickly did what had to be done to halt the outbreak.

China is now celibrating their victory over covid-19 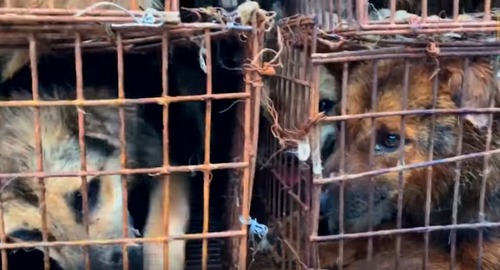 maybe once this virus is over I can

Millions of people will die

Over a million people have now been infected by COVID-19

The fatality rate among confirmed cases is now 5.3%, 50 times higher than the flu.

11 people among 712 have not died among the diamond princess infections, thats a deathrate of at least 1.54% and it might keep going up. 10 people are still in critical condition. The low death-rate from that cruise ship might be due to these tourists to a lesses degree having serious illnesses like diabetes.

But one of the most striking effects of the coronavirus will be to send many couples back to the 1950s. Across the world, women’s independence will be a silent victim of the pandemic.

Purely as a physical illness, the coronavirus appears to affect women less severely. But in the past few days, the conversation about the pandemic has broadened: We are not just living through a public-health crisis, but an economic one. As much of normal life is suspended for three months or more, job losses are inevitable. At the same time, school closures and household isolation are moving the work of caring for children from the paid economy—nurseries, schools, babysitters—to the unpaid one. The coronavirus smashes up the bargain that so many dual-earner couples have made in the developed world: We can both work, because someone else is looking after our children. Instead, couples will have to decide which one of them takes the hit.
Click to expand...
That's terrible!
You must log in or register to reply here.
Share: Facebook Twitter Google+ Reddit Pinterest Tumblr WhatsApp Email Link
Top