Hello everyone! I just started my first platelet donation of 2023!

Last year I don't feel that I donated enough, I tried to go 4 times at the end of December but I ended up making it 3 times there. I think I did about 12 donations in 2022.

One of my friends I know has cancer and was telling me of the difficulties they had, that after treatments of chemotherapy they were often too weak to push their chair. I then began to realize more how important donating platelets is and that many cancer patients need them to survive. I decided that this year I am going to do the max limit of 24 platelet donations.

Upon going this is the questionnaire form that is filled out each time. They ask questions to make sure that you may not have medical issues that would prevent donating, and to also make sure that you don't have sexually transmitted diseases or other infections. 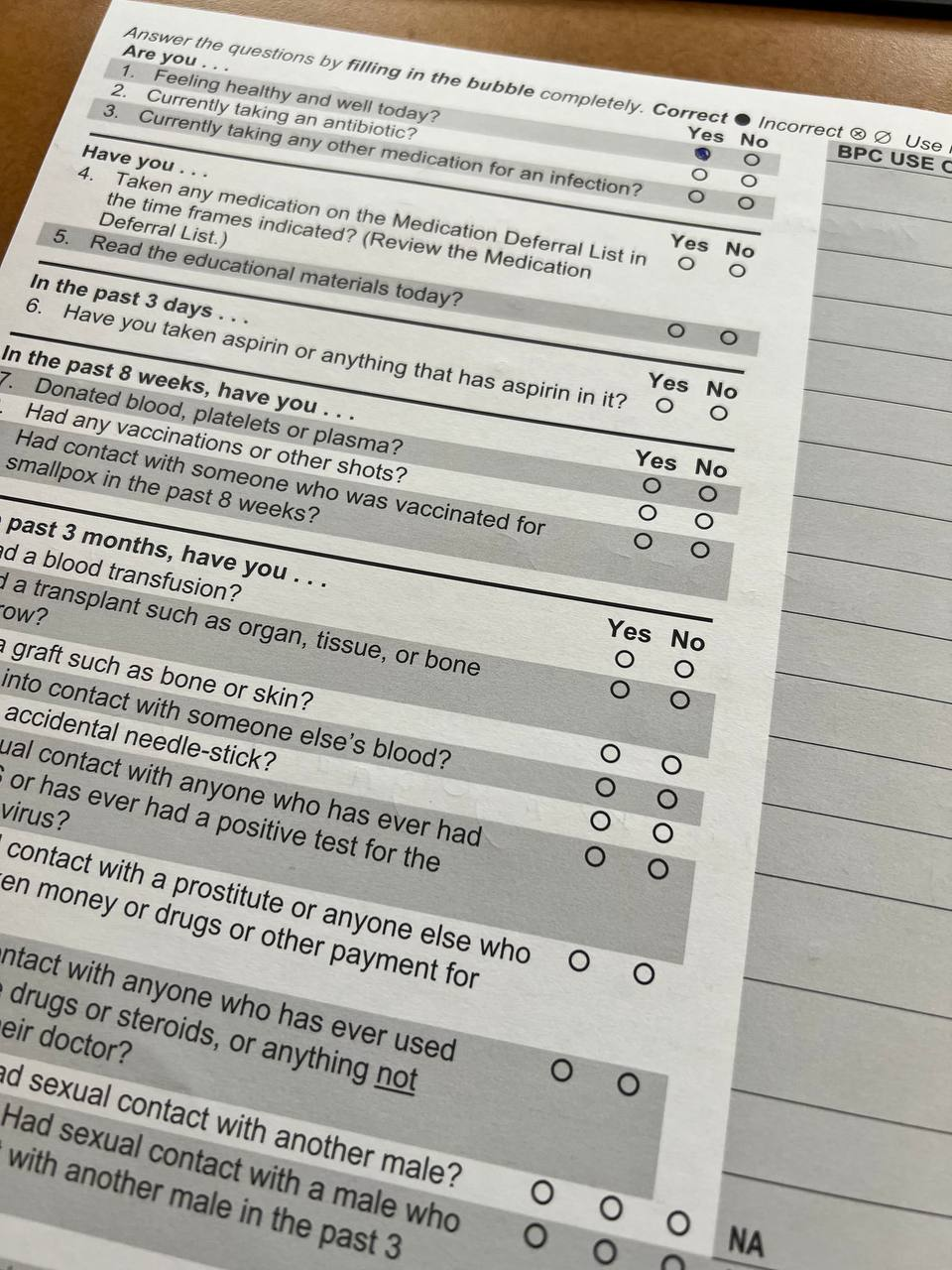 The donation process for platelets usually takes about 2 hours, compared to the 15 minutes for a standard whole blood donation. The reason it takes a lot longer is the platelets are separated from the other blood components and then the other components are returned to your body. This lets you donate 5x more platelets than when doing a standard whole blood donation. Platelets have a short shelf life and are always in high need. The phlebotomists here said that often in the winter the shortages are extremely severe. 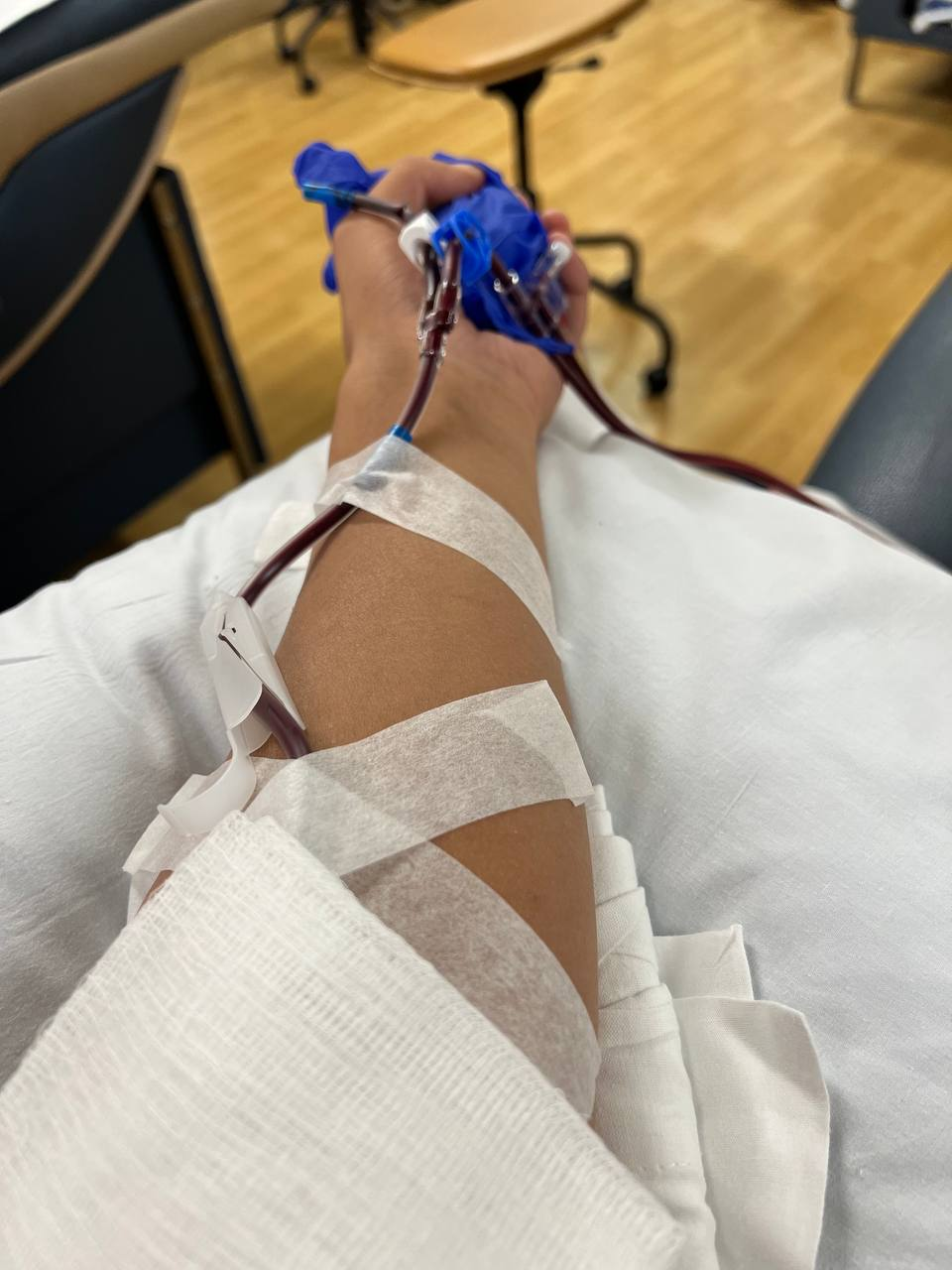 Pictured below is the machine that separates the blood, it is called an apheresis machine. What happens inside is their are centrifuges that will spin the blood around, allowing it to be separated into parts. Plasma and platelets are collected and then the rest is returned to your body. A bit of anticoagulant called citrate is added to the blood to prevent clotting during transport, and a bit of this goes into your body when the other blood components are returned. Citrate leaches magnesium and calcium from the body, so before the donation they give you some calcium tablets to take. Afterwards I like to eat foods like dates, broccoli, and tofu to restore the magnesium and calcium in my body. 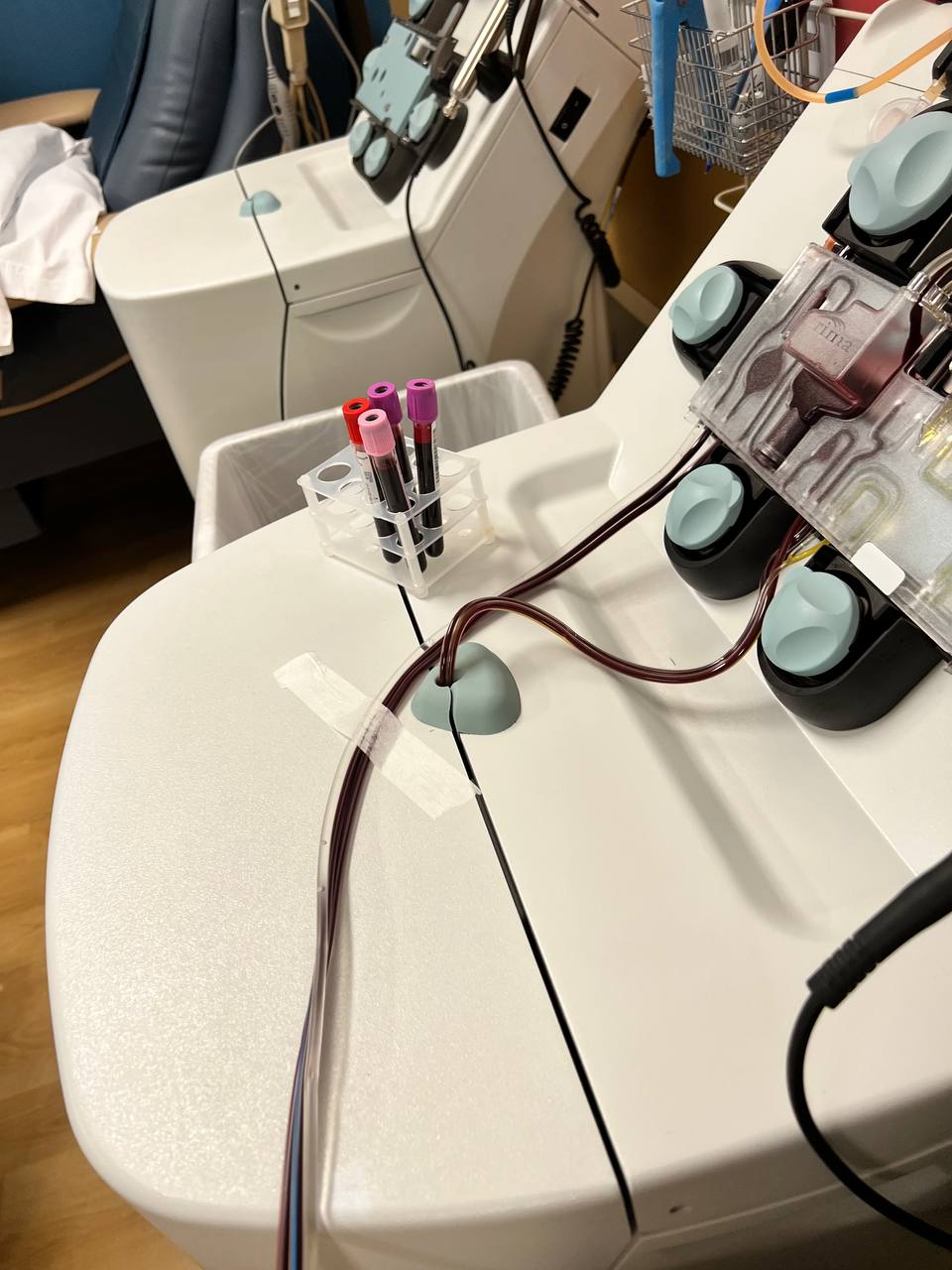 Want to donate platelets? The Red Cross has good information on the whole process!
https://www.redcrossblood.org/donat...pes-of-blood-donations/platelet-donation.html

I realized that many who are suffering from cancer now were great people who helped build this nation. I feel happy to be a part of America, especially a nation that supports other nations in times of need. I feel very happy to be a part of a nation that is supporting Ukrainians. I want to continue donating to support the people who have sacrificed a lot to ensure we could have the best lives as possible.

Eventually, I may go to the front lines of Ukraine and donate blood there. 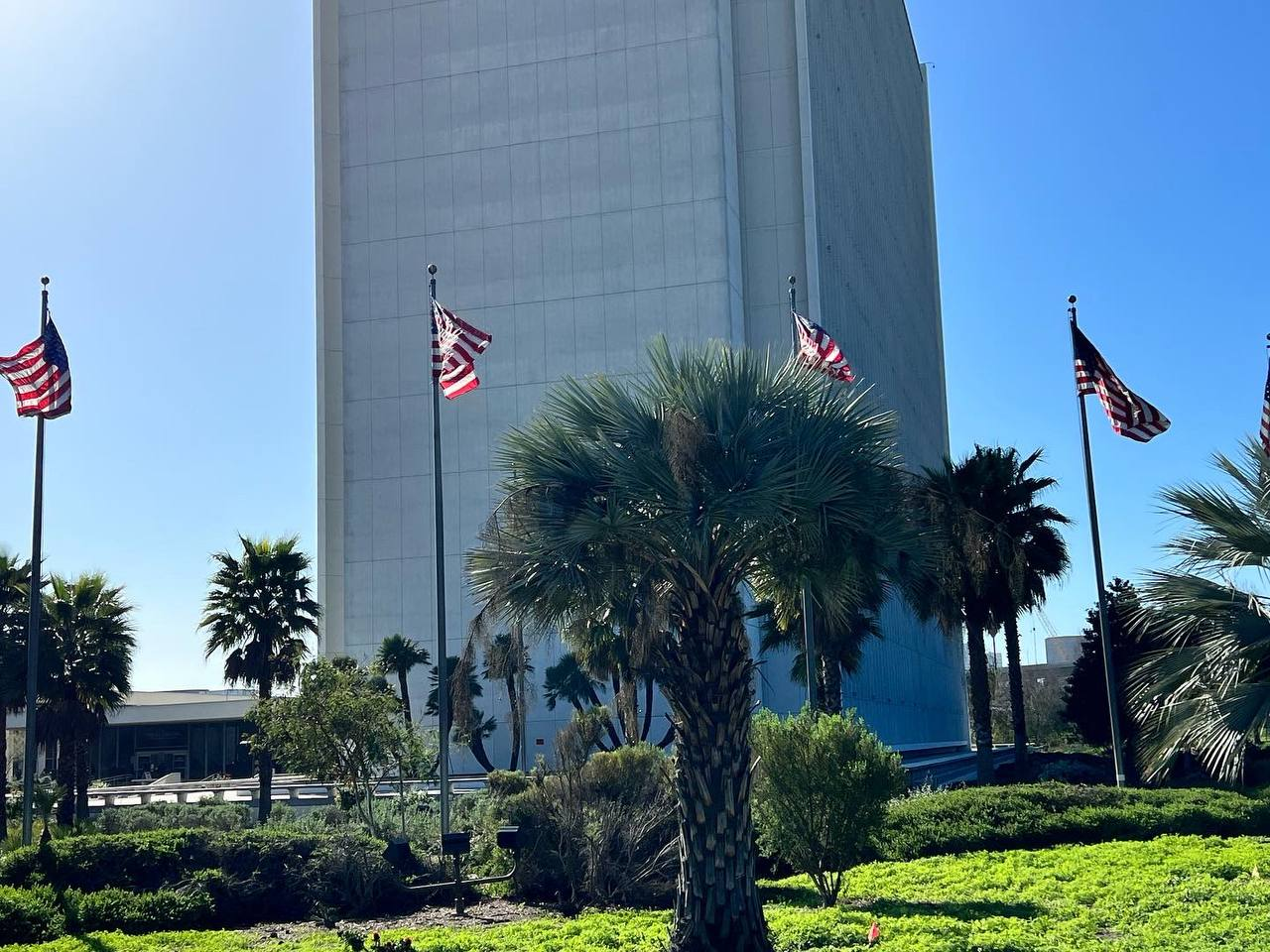 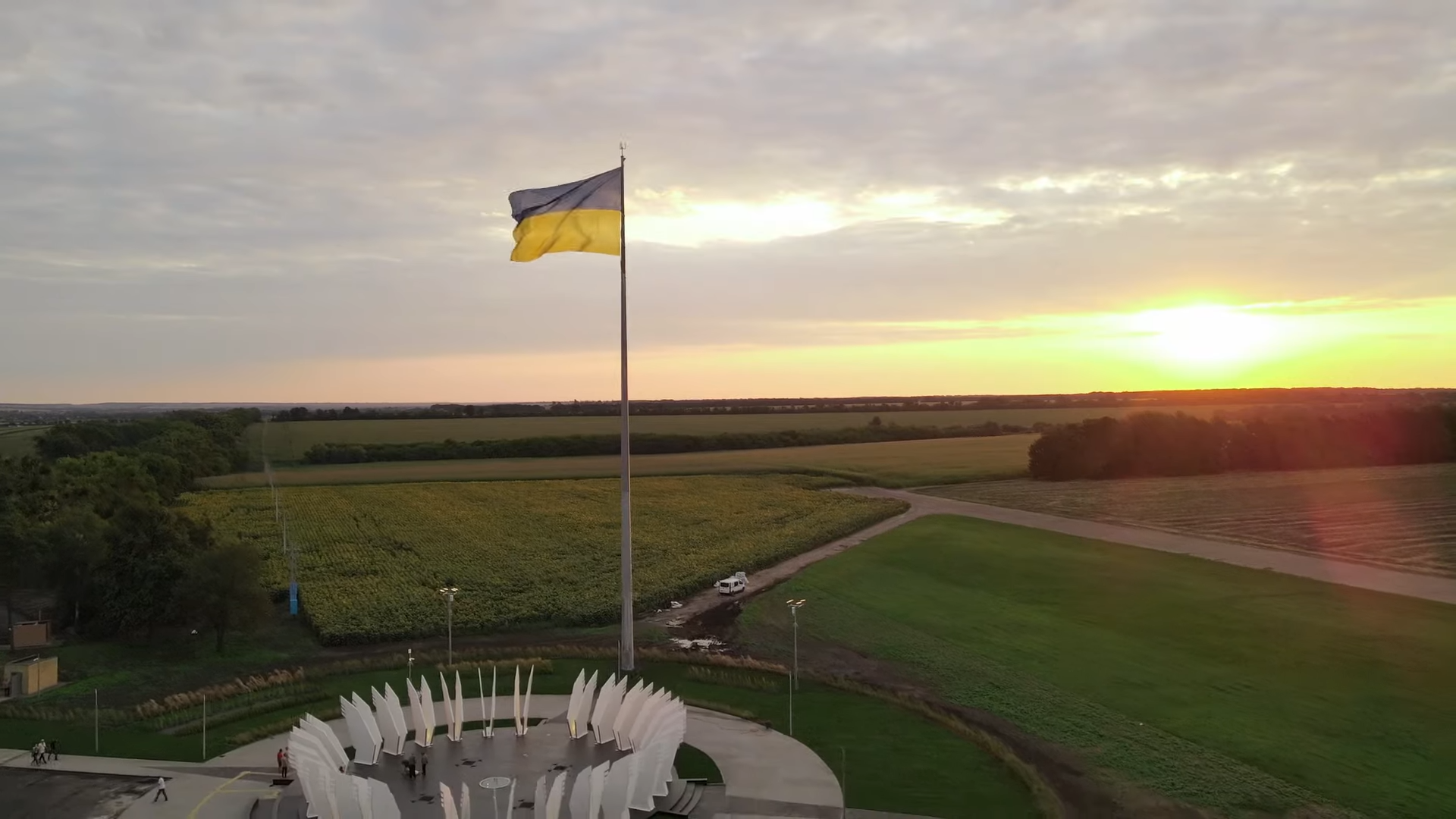