I accept myself as a female

I might be an autosexual in regards to my "penis".

I eventually even got in to ballbusting porn and I have experianced gender dysphoria before. I have felt the facial hair on my face grow and I have considered getting lazer haor removal to remove the facial hair to not grow a moustache and to not grow a beard. One time when I was in the bathroom I leaned my head against the wall and grabbed my what you might call a penis and testicles and I said "I am not a man." I was in the shower and laying on the floor for around ten to twenty minutes too depressed to wash myself with water and soap. Eventually I showered with water and soap, I was getting ready to go to school.

The reason why it appears to be different is due to difference in hormones and socialization. After HRT trans females have a sexuality that is very similar to that of cis females.

We also have the following case of a believer in the blanchard typology finding no difference between cis and trans females when it comes to female embodiment eroticism:

Administrator
Moderator
#3
I might not be able to attract men and I might not pass as a female and I might get treated like a freak and my body might think I am attracted to girls sexually and my body might get messed up if I put estrogen in my body.
Click to expand...
Which is why it's important that you start your transition now when you still can pass as a female.

You do not have to come out to anyone now, just start HRT to see how it makes you feel, then once passing as female is easier than passing as male you switch to presenting as female and then you should look just fine. 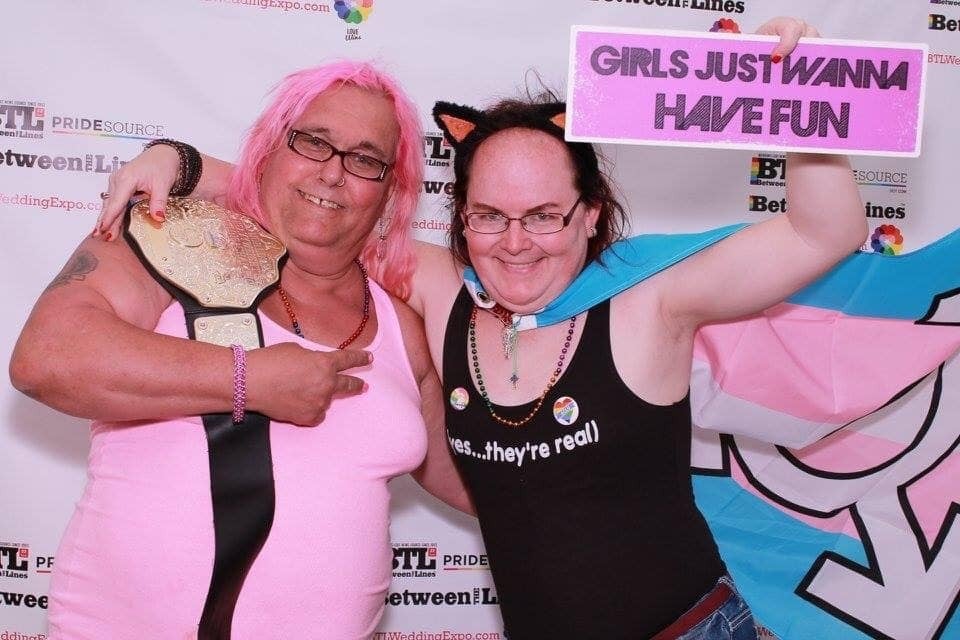 This is a very real possibility given the severety of your dysphoria and your reluctance to do the rational thing (buying HRT online this week).

Do you feel comfortable calling yourself a transgender woman?
Click to expand...
Yes. It makes me more comfortable than calling myself a “cis man” and doesn’t give me much dysphoria.

Do you feel comfortable calling yourself a woman?
Click to expand...
Yes. It makes me more comfortable than calling myself a “man” and doesn’t give me dysphoria.

Do you see yourself as a man after taking estrogen?
Click to expand...
Not really, no. Ever since the first day of HRT, I have felt more and more like a woman. The woman in me is starting to show in the mirror. Whatever I do, I start to feel increasingly like a woman. And when I’m happy, I feel like a woman dancing under the sun in a never-ending field of pink roses. But this is a YMMV sort of thing.

However, there’s also another aspect. The biggest reason I considered transmaxxing is I wanted to set my soul and myself free from a toxic and abusive environment. For years and years, I endured physical, sexual, and emotional mistreatment and exploitation from people and society, on the basis that I was male. I truly felt oppressed, and to add to that, society seems to hold an axiom that women are universally more marginalised than men, a statement which I still find it hard to understand or justify given my personal experiences. With that said, after starting HRT, I also didn’t feel like a man or a woman, but a gender-neutral survivor of abuse who is now stronger and free, and who lives to fight another day and many, many days to come, not just for themself but for others.

Keep in mind that I am definitely NOT saying that transitioning is the only way out of an abusive environment, because the truth is there are so many ways out. But for my very specific case and for my own self, it was worth every effort to transition.

Do you refer to what someone might call your “penis” as a vagina?
Click to expand...
No. I would like to get bottom surgery, and until then I don’t really care about what’s down there. When I do, I just call it a “clitoris.”

Are these questions answered the same for the majority of transgender women?
Click to expand...
I don’t know and frankly I don’t care. Every trans woman is different. For example, I read that some people didn’t feel like a woman until months after starting HRT, and obviously not everyone transitions to get away from abuse. I used to meticulously measure my worthiness of transitioning based on others’ experiences, and it got me nowhere closer towards actually transitioning, because I’m not other people and they are not me (different experiences and lives). So, I stopped that and started to think, “do I deserve better?” “can I tolerate the implications of being trans?” “am I more comfortable being a woman and do I want to be one?” etc. From over a year of questioning and denial, I answered “yes” to all my questions in seconds and immediately began transitioning. Your and other people’s self-assessment doesn’t have to be like mine; it all depends on what you want.

Do you feel comfortable calling yourself a transgender woman? Do you feel comfortable calling yourself a woman?
Click to expand...
Nah. Even after 3 years of HRT, I can't pass, so I'd rather just call myself a guy and go around boymoding (presenting as a man). I don't like the fact that I can't pass, and would prefer to call myself a woman if possible, but doing so in my current state seems like an ironic insult. My mental state is also rock bottom at the moment and I'd rather not add the stress that trying to pass brings. Being called a woman > being called a man > being called a transgender woman.

Do you see yourself as a man after taking estrogen?
Click to expand...
Yes. Estrogen was taken solely to alleviate dysphoria. I do not want to be called transgender in real life.

Do you refer to what someone people might call your "penis" as a vagina?
Click to expand...
Nah. I'm not getting bottom surgery either, I hate looking at / touching myself enough already and I'd rather not have another medical complication to deal with.

Are these questions answered the same for the majority of transgender women?
Click to expand...
No. Seems like most of them are just content calling themselves women when they look like a man, but I don't speak for them. From my observations most of them aren't as degenerate as me and will integrate into society just fine if they haven't already, appearances notwithstanding. They don't differ from regular women much at all.
C

Not really. You get used to it slowly as they grow. Bras feel either nice like something giving you a hug or like nothing at all once you get used to them. Your breasts will be sore while they grow tho and that can be a little annoying. HRT makes your skin feel really soft which is nice I think.

Yeah not as the glossy brochure said. I want my refund or store credit but I'm past 90 return.
So yeah they do and they weird at times.

Both other times nice lil stress balls to play with or squeeze. Idk they different and I sometimes regret greatly since only them happend literally nothing else .

Worse heavy beard and increased body hair. Tripled muscle possible like I thought I'd be a cute anime girl I'm more masculine then I started but have an a or b cup.

Idk if I'm happier but trannymaxing led me on a bit. No I would have had better luck staying male.

Idk maybe time going on I will detransition or maybe I will end up staying and love my new life.

Who knows but yeah they suck at times.

I've been wearing them about five years, starting with bralettes and going to bras after HRT did its thing. While they're not something I would care to wear the entire day they are not that uncomfortable and the key is getting the right measurements and fit.

I'm fairly busty, either 38D or DD depending on my weight. Having boobs is not annoying, rather they are nice to have to affirm femininity and give you curves for womens clothes. They also take an active role sexually too and that is really good. You do tend to bump into things and that can hurt and running or athletics requires a sports bra.

You don't have to be worried about bras being uncomfortable if you are naked all the time. This is what we call a pro gamer move.

They are pretty annoying sometimes, I wish I didn't have them when I have to run.

I have sensitive skin and an allergy to latex and spandex, so I avoid bras.

Administrator
Moderator
#7
caturian said:
tbh a passing trans woman won’t experience most of the things that make life hard for natal women, like menses, endometriosis, pregnancy, being sexualized from a young age, etc. honestly not surprised by AMABs who think it’s inherently better to be a woman. it makes sense
Click to expand...
I do not think most cis females would rather be infertile.

A lot of people (including me) really miss not being able to get pregnant, that's actually one of the reasons why i am not personally willing to transition.

I am of course aware that pregnancy and childbirth does come with difficulties, you having to deal with the medical system (or risk unnecessary death in home-birth).

Administrator
Moderator
#8
Chloe Love said:
I am 22 as I am typing this, when do you think starting Hormone Replacement Therapy is too late to pass as a woman?
Click to expand...
Your hip bones will fuse at 25 or a little earlier so you do not have much time left.

You might need to pay 40000$ for FFS just to reverse the damage you got for waiting one year instead of starting now.
C

Administrator
Moderator
#10
Chloe Love said:
Are you using A lot of people (including me) really miss not being able to get pregnant, that's actually one of the reasons why i am not personally willing to transition." as an excuse to not transition into a woman?
Click to expand...
It's not the only reason, i am also 28 years old and 6'5. As you might be able to tell i am really not a fan of late transition, had you been just 4 years older i would have told you to repress until you die.

Trust me you do not want to end up in my situation.
C

Soy milk does literally nothing, I'm fairly sure that one study suggesting it does was dairy-funded pseudoscience.

You do not have to tell her you are transitioning.

Chloe Love said:
Why would you think I have a partly female brain and a female sexuality? Do men appreciate their masculinity and do women appreciate their femininity?
Click to expand...
Usually it is that or they want to be more masculine (if male) or feminine (if female).
D