It's utopian to say, "Every woman should be in a monogynous marriage to a good provider"

#1
Can't happen. There simply aren't enough men out there who are good providers, to provide such a husband for every young woman. The math doesn't work out.

And it will always be this way, because of the greater genetic variation among men than among women; because women are naturally more cautious than men; because women have less burden of performance than men; etc. The prison population is 90% men, which reflects that women are exposed to risk less than men. The autism statistics tell a similar story.

The Mormons chose the third option. Western society chose the first two options. Eventually, it had to be acknowledged, these women are not really in their situation because of any fault of their own. A lot of spinsters and single moms simply didn't want to be stuck in relationships with losers who couldn't earn any money to support them. Or, they got with a loser and he went to prison or whatever.

So, what society did was destigmatize the spinster and the single mom, so they could lead a cushier life. The spinster was given some busywork to do in the corporate world, and praised as being the equal of any man at her profession. She was given the liberty to have casual sex as she pleased, without too much of a stigma for being a slut. She was also given a feminist movement and a bunch of other aligned movements, such as leftism in general, that she could join, to feel like she was making an important contribution even without having kids. Meanwhile, the single mom was given a bunch of social safety nets and our culture began to praise her for handling a tough job, and to excuse her situation as having been the result of some dastardly man being irresponsible.

There simply are no other options unless we're just going to kill or institutionalize these women, or silence them. I mean, what used to happen to spinsters and single moms back in the 18th century? Spinsters used to just have to keep quiet because they were excluded from most prominent roles in society, and until recent decades, single moms used to have to give up their kids for adoption; they weren't allowed to raise them, because it was assumed they were immoral and therefore unfit parents. Their sluttiness had to be hidden, so that they wouldn't be persecuted for it.

Nowadays, the cultural assumption is that although it's certainly handy for a dad to be in the picture, a single mom can do just as good a job as any two-parent family at raising a high-quality kid. And maybe there's some truth to that, given how many moms in two-parent households are career women anyway, outsourcing their childcaring role to babysitters.

#2
@Admin do you want to do a comparison of the relative merits of these different options I presented:
One of the "downsides" of polygyny is that it doesn't leave any sluts for the good-looking losers to get with. But the upside is that we don't end up with all these bastard children. Plus the spread of disease is probably reduced.

Administrator
Moderator
#3
Females today are doing rather well in the workplace, males still dominate at the very high end but most females still earn enough to they dont need the government or males for money, at least if they dont want children. Thus we end up in a situation where most females are career focused and they dont have many children, usually between 0 and 2.

Option 1 and 4 will result in surplus females not reproducing, this may or may not be a good thing depending on what your goal is. Most people will oppose option 4 and even if you are a dictator the political cost of doing that will simply be too high, it will cost too much in terms of popularity.

And basic biology result in 1 not being a viable option either, it would require a lot of government totalitarianism to implement a system resulting in surplus females, not politically feasible either.

This leaves us with option 2 and 3 and the clear winner is a combination of the two, not all females are comfortable with polygamous relationships and thus they will end up having to become single moms instead.

#4
By the way, spinsters can be pretty harmful. My sister is one of those, and she has devoted her life to being a life coach and giving out (bad) unsolicited advice. She gets angry when people don't take her advice, but when they take it, it usually fucks up their life and then when they complain to her, she says that they didn't implement her advice properly, and thus blames it on them.

Administrator
Moderator
#5
Having multiple wives will not prevent you from having a 5+ kids with all of them, females are the reproductive bottleneck, a single male is enough for over 10 females. 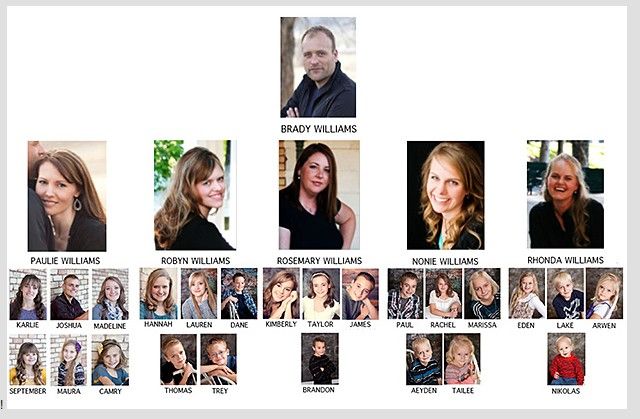 Leucosticte said:
By the way, spinsters can be pretty harmful. My sister is one of those, and she has devoted her life to being a life coach and giving out (bad) unsolicited advice. She gets angry when people don't take her advice, but when they take it, it usually fucks up their life and then when they complain to her, she says that they didn't implement her advice properly, and thus blames it on them.
Click to expand...
It's very common for people without children to cope with things such as pets, trying to help people "make the world a better place". Of course none of the alternatives to having biological children are good, adoption is actually rather terrible even if you ignore the fact that you fail to pass on your DNA.

A trans female i chatted with coped with doing open source project, writing a manifesto, etc. Ofc hardly anyone cared about her work and hardly anyone joined her cult. These days it's difficult to make a significant intellectual contribution even if you are high IQ, chances are you will just be ignored or worse become persecuted because people with power dislike you.
You must log in or register to reply here.
Share: Facebook Twitter Google+ Reddit Pinterest Tumblr WhatsApp Email Link
Top