'pedophile' hunter gets his finger bitten off 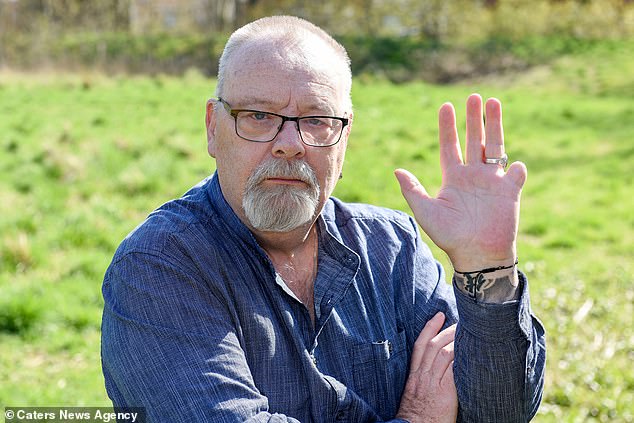 Of course being attracted to 14 year old females is normal male sexuality, there are many countries that have set AoC to 14 and lower.

Mr Little, a retired nurse, who joined the group a month before the incident, said: 'A colleague and I had been posing up as a 14-year-old girl online who agreed to meet Thomas Jean De-Castle-Lynne.

'He wanted to meet at a train station and thought the girl was coming alone, he had no idea it would be a group of us.

'The messages he sent were disgusting, and I was passionate about bringing him to justice.

'But once he realised, he completely lost the plot - he ended up punching the woman filming in the face, which is when the team and I tackled him to the ground.

'It wasn't until it was too late that I noticed my finger was in his mouth.

'There was my blood all in his mouth but he didn't let go - the pain was excruciating as he clamped down on my little finger.