Someone in my discord tried arguing against reducing girls to property

Administrator
Moderator
#1
It's of course unclear if this is actually ideal in terms of societal survival of the fittest but it is still an effective methods for increasing the fertility rate.

If the individual had been intelligent it could have been an interesting discussion since it's currently unclear if forcefully impregnating females via rape (them reduced as property) is the best way to reach the desired fertility rate.

The 'debate' was of course a waste of time where the individual kept repeating the same argument over and over again even after i refuted it. The individual also resorted to personal attack (that are not included here) and then left my server.

whoever is raping small children, because they can't get sex voluntarily, is not the fittest. they are weak
Click to expand...
When it comes to reducing fertile females to property it can be restricted to males that had reproductive success with free females. Thus it would not make it easier for incels to reproduce, intead it would actually be harder since the pool of free females would be smaller.

if they were strong they would always be able to have voluntary sex
Click to expand...
Not from a female reduced to property

If a female is reduced to property than you cannot have sex with her via her consent, instead you need the consent of the individual(s) with power over her.

If a female is owned by say her father (rarily ideal) then it's the approval of the father you need, not her approval. Her father may of course be nice and factor in what she want too, it's also possible to have a system where a female is given multiple males to choose from but then once she has selected you her consent is no longer required and you will have more reproductive success if you are willing to forcefully impregnate her.

We need more high quality people, by forcing females to have more children we produce more high-quality humans that will have a shot at solving societal issues. It is possible to convert quantity to quality by discarding children that doesn't show promise.

you're not arguing that the child beater/rapist is superior or strongest; you're assuming it.
Click to expand...
You using the word "strong" prove you do not even understand the basics about evolution. it's about survival of the fittest, Adapting to the environment.

you're not arguing that the child beater/rapist is the fittest
Click to expand...
He is fittest in a society where he can get away with it and have 10 children.

He isn't fit if he will end up in jail without even impregnating her once.

Notice how fitness depend on the environment, evolution 101.

whoever rapes the most doesn't make anyone the most fit
Click to expand...
It makes you fit if it gives you reproductive success 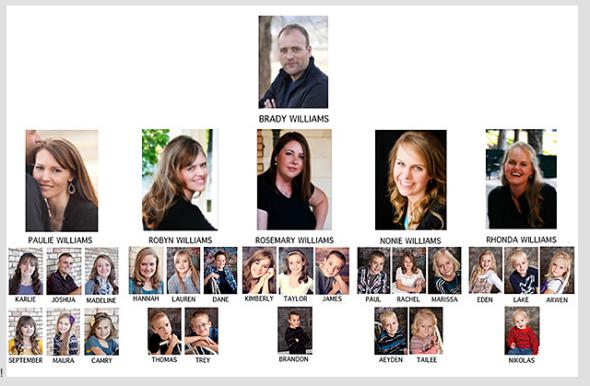 Since Brady Williams is running a construction company he is able to give good financial support to all his 25 children, he is not sacrificing quality for the sake of quantity.

Investing into a single child is actually more appropiate if you are lacking in money/genetics.

Administrator
Moderator
#2
Without genetic engineering you need a lot of births
Since you are relying on luck (genetic recombination) you need to have a lot of children to be able to invest into a smaller number that show promise, you need quantity for quality.

Genetic engineering is already technically possible but authorities all around the world is making it illegal in the case of humans so now the only way to get 'strong' offspring is to have a large number so you will eventually get lucky and hit a genetic jackpot.

#3
I think females should be bred with a 10 : 1 male ratio and raised in fuck farms.
as for breeding healthy kids, that is natures job to kill off the not fit.
question is how to reduce their life expectancy so you don't deal with post wallers or just put then in child care than retirement homes.
obviously just get a waifubot and replace mankind.

Administrator
Moderator
#4
Creamer said:
I think females should be bred with a 10 : 1 male ratio and raised in fuck farms.
Click to expand...
The issue with that then males on average will have 10 times higher reproductive success which will create a strong incentive to have more male offspring.

as for breeding healthy kids, that is natures job to kill off the not fit.

question is how to reduce their life expectancy so you don't deal with post wallers or just put then in child care than retirement homes.
obviously just get a waifubot and replace mankind.
Click to expand...
The issue is that it's too easy to survive now so we might need to introduce artificial selection to do what natural selection previously did (or better),

#5
Admin said:
The issue with that then males on average will have 10 times higher reproductive success which will create a strong incentive to have more male offspring.


The issue is that it's too easy to survive now so we might need to introduce artificial selection to do what natural selection previously did (or better),
Click to expand...
eliminate wellfare to eliminate the weak.
there is a technology to filter sperm so the babies sex can be chosen.

Administrator
Moderator
#6
Creamer said:
eliminate wellfare to eliminate the weak.
Click to expand...
The global food production is limited, eventually people are going to starve one way or another if the population keep increasing.

there is a technology to filter sperm so the babies sex can be chosen.
Click to expand...
The number being born of each sex will still be the same at the equilibrium point.

Usually when abortions are made over sex it's actually females being aborted which is why a lot of asian countries have a large scale incel 'problem' even though monogamy is still the norm there.

So unless they get emancipated (which is very rare) teens will be stuck with all these parties trying to control them until they are 18 and often well beyond that. In Sweden you can be put into government custody "LVU" until you turn 22 and this can last until you are 23.

Children are usually legally obligated to attend school, most countries do ban or severely homeschooling, if you do get home-schooled that might not actually be a good thing since then your parents will control you even more.

Then there is the issue of children being taking from their parents and then abused within the foster 'care' system. A lot of teens also get abused in institutions like the troubled teens industry.

Administrator
Moderator
#8
Less freedom for some means more freedoms for the rest
By reducing a minority (5 to 10 percent) of females to property there will no longer be any need to push most of the female population to have children. This means we could give the rest of the female population free access to abortions, we could also allow things like contraceptives or females not having sex at all.

So you need to ask yourself what you prefer, a 10% chance of ending up as breeding slave (otherwise fully free) or a 60 to 70% chance of having to leave with a government pushing you to have children as you try to have a career.
You must log in or register to reply here.
Share: Facebook Twitter Google+ Reddit Pinterest Tumblr WhatsApp Email Link
Top